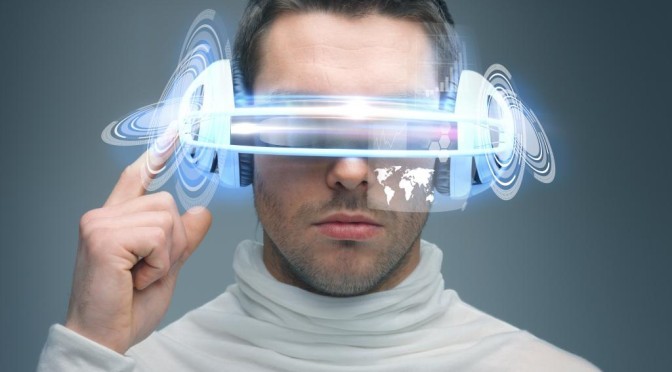 #FirstCrush Future for Virtual reality gaming is becoming more and more realistic day by day. A Virtual Reality (VR) headset allows you to explore an imaginary world & experience full immersion. This will be a game changer once companies develop full 3D immersion in the VR headsets.

A VR headset is the best way to appreciate the truly immersive nature of the game. Two dimensional renderings do little justice to the 3D version – or the hardware used to play it.

That sums up the problem with virtual reality – it’s hard to sell 3D in a 2D world.

“Today we use devices like smartphones and tablets. Tomorrow we want to change the dynamic around immersive, advanced, virtual reality,” said JP Nauseef, the founder of Krush technologies, a company starting to develop virtual reality hardware.

Major advances in virtual reality are starting to take shape. Tech giants like Google, Facebook and Samsung are just some of the players heavily investing in VR. Cheaper, more sophisticated, headsets are coming to market every year.

At the same time, futuristic hardware like Moveo, a concept simulator developed by Krush, are expanding the scope of possibilities for virtual reality.

But according to Halsey Minor, founder of CNET networks and several other tech enterprises, accelerating growth in VR must be content driven.

Minor recently unveiled the Quantum Leap VR system, a device that starts paving the way towards a future where people will be able to experience live sporting events and concerts in virtual reality.

“It’s 16 HD cameras all running at the same time and out of those 50 gigabytes of information, a huge amount of information, we have to craft to perfect 360 degree spheres for each eye and then transport that over the Internet,” Minor added.

He predicts that just like the Internet is supplanting newspapers, VR will have the same effect on television.

No matter the pace, Minor says immersive technology will increasingly turn the virtual world into our everyday reality.