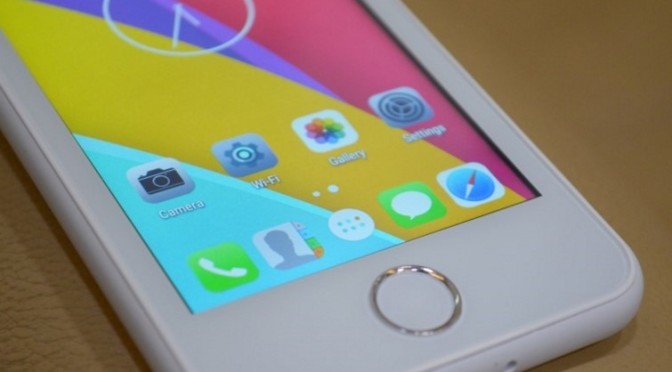 #FirstCrush Freedom 251 – World’s cheapest smartphone is making a lot of news around the world, it is priced at a little under 4$.

Ringing Bells the company who owns it says Freedom 251 phone would cost just 251 rupees or under $4 but many are questioning if the device is too good to be true.
To put things in perspective, the cheapest smartphone available in India at the moment is the little known Trio Trio Smart Touch Phone Junior 3, priced at Rs 1,449 on Flipkart. That is a 2G phone. The Freedom 251, on the other hand, is a dual-SIM 3G smartphone with a 4-inch IPS touchscreen, 1.3 GHz quad core processor with 1 GB RAM and 8 GB ROM, as well as a 3.2 MP camera. The cheapest phone with specs like these would be the Rs 2,999 Datawind Pocketsurfer 3G, which has a less powerful processor and capacitive touchscreen.

Rs 251 is hard to digest for most people in the industry. Indian Cellular Association president Pankaj Mohindroo said this “pricing is not possible under any circumstances, even if the components are made in India”. He said the bill for material for a product like this would be around $ 40. Sunit Singh Tuli, CEO of Datawind, too put a similar price point, saying a phone with these specs should cost at least 8x more. Analyst Sanchit Vir Gogia, CEO & Founder at Greyhound Knowledge Group, said the lowest price point seen so far was $ 28, or about Rs 1,700.

Ringing Bells president Ashok Chadha says the price would be achieved by manufacturing in India at facilities the company is setting up in UP and Uttarakhand. The economies of scale would kick in once the company reaches a manufacturing capacity of 5 lakh units a month. He also suggests that components would be locally procured, which would help avoid the 13-odd per cent duty on imports. Experts like Gogia, however, say that even if components are found locally, they are usually more expensive than imported parts.

A lot of the benefits will come when the phone is actually made in India. But the phone that people saw at the launch, and has been sent to reviewers is a rebranded version of the Adcom Ikon 4, incidentally priced at Rs 4,100 on Flipkart and other ecommerce sites. The branding is visible if the stickers are removed, and this version at least will not qualify for being “Made in India”.

Phones usually have a bill of material (BoM) cost on top of which comes the manufacturing cost, plus components like taxes and duties, and marketing cost and profits — together making up the final selling price. In offline sales at least, the dealer has a considerable margin — which is why you see large variations in prices of the same product. Of late, the trend has been to subsidise this figure to capture markets, especially India.

In the BoM, usually the cellular radio is the costliest — making up about 30% of the cost. With the processor and rest of the circuit, this could go up to 50%. The mechanical parts come next, followed by display, storage/memory and the camera component. In devices like the Apple iPhone (as also in some of the newer budget devices in the market) the display could end up being the costliest component. To give an example, according to US business analysis firm IHS Inc, in the iPhone 5s, the 4-inch retina display was priced at $ 41 and the wireless module at $ 32. The processor in comparison was just $ 19 in the 16 GB version, which had an overall cost of $ 198.

By this logic, the wireless module of the Freedom 251 should cost around Rs 65, a fourth of the phone’s price. And the display should cost even less.