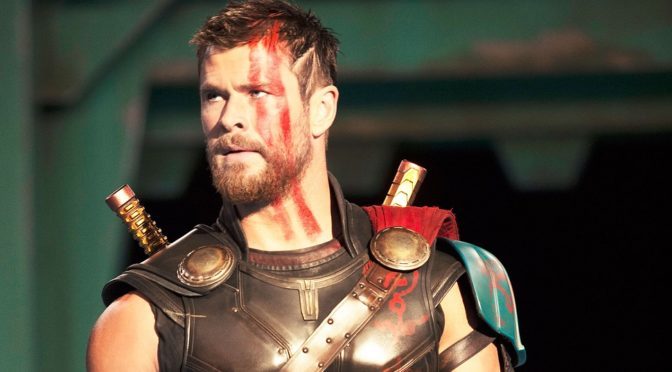 #JustDroppedBy #MustWatch #Thor – Ragnarok Trailer in Theater November 3, 2017.
What is Ragnarok?
Ragnarok is the Norse "twilight of the gods."
Exclusive New Trailer

This is the end of all things Asgard, and I won't get into potential spoilers here, it may end up requiring the death of many of your favorite supporting characters. Marvel has touched on Ragnarok more than once in the comics, most notably in stories by Walt Simonson and more recently by Michael Avon Oeming and Andrea Di Vitto.

The movie doesn't appear to be leaning too heavily on any of the comic book interpretations, and looks about as faithful to Norse mythology as the other movies have been, which is to say: not at all.

Asgard has always been the best visual in the Thor movies, and one of their key failings has always been that we don't spend enough time there. While that isn't likely to change in this one, I think other complaints about how these movies have been far too earthbound are about to get thrown right out the airlock.

Yggdrasil, the world tree of Norse mythology? It sure looks like it, although it's not the gigantic, world-spanning, universe-centric thing we usually associate with it.

Then again, the Marvel Cinematic Universe plays fast and loose with the cosmology that surrounds this stuff, so it's entirely possible that Yggdrasil just serves a symbolic purpose here rather than the more literal connector of worlds it does in the Norse myths.