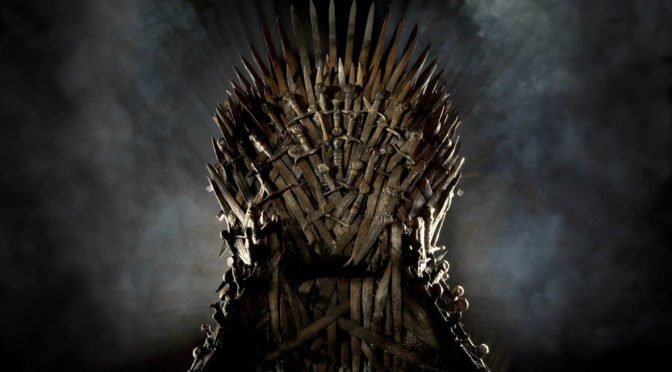 #GameOfThrones Season 6 has kicked off and we are all crazy over this beautiful theme song all over again!!


Also, check out the cover by pisces rising group which has garnered 6 million views.


The title sequence consists of a three-dimensional map of the world, with the continents of Westeros and Essos located on the inner surface of a sphere. At the center of the sphere is a light source, effectively a sun surrounded by an astrolabe-like arrangement of rotating rings. The details of the title sequence change each week depending on the locations visited. The following description is how the sequence appears in the first episode of the series, “Winter is Coming”.

The sequence opens with a close-up of the sun and the astrolabe surrounding it. Relief details are visible on the astrolabe, showing a volcano destroying a city while a dragon watches on and several people escaping in a boat, a reference to the Doom of Valyria. The camera then pans to a wide-shot of Westeros and Essos before zooming in on the city of King’s Landing, in particular the sigil of House Baratheon on what appears to be a large gear in the middle of the city. The gear begins turning, moving other cogs, and then three-dimensional buildings start rising out of the ground, such as the Red Keep and the Great Sept of Baelor.

Once the city is assembled, the camera moves north across Westeros to Winterfell, which similarly rises out of the ground while a gear bearing the sigil of House Stark rotates. The camera pays particular attention to the godswood of Winterfell and its heart tree as it rises out of the ground before panning up to the sun and astrolabe. There is then another close-up of the detail on the astrolabe, this time showing the Stark direwolf, Lannister lion and Baratheon stag engaging the Targaryen dragon in combat, a reference to Robert’s Rebellion.

The title sequence ends with a return to the relief detail of the astrolabe, now showing the animals representing the various noble houses of Westeros bowing to the triumphant Baratheon stag. The Game of Thrones logo then appears over the astrolabe, with the heads of a dragon, wolf, lion, and stag emerging from the side of the logo.

One thought on “Game of Thrones Season 6 Theme”