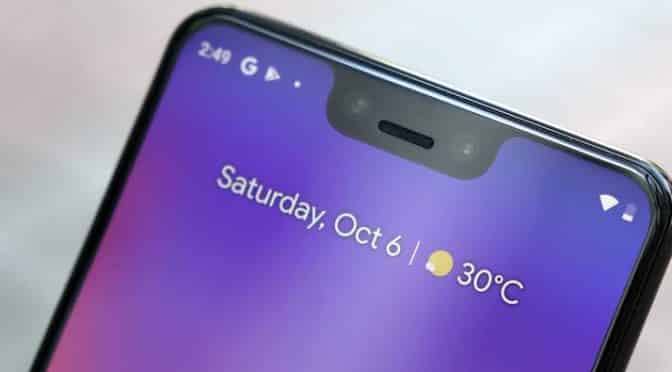 This might be the phone of the year, looks superb! We are now just a day away from the Google Pixel3 launch but leaks have already surfaced. Could this be a marketing trick? #CatchItFirst

We are now just a day away from the Google Pixel3 launch but leaks have already surfaced. Could this be a marketing trick?

According to the leak by Front Page Tech’s Jon Prosser Pixel3 will include a camera feature called “Top Shot” that captures photos of people at the exact right moment.

Google Pixel marketing video shows several new features that may be coming to the Pixel3.Video shows familiar Pixel navigational elements — swiping down for notifications and squeezing the sides to launch Google Assistant — and new ones, like long-pressing the power button to take a screenshot. And there are other new tricks: someone uses the Pixel’s camera to recognize and draft an email from a business card. Another instance shows the phone recognizing a restaurant name in an email, and offers the option to make a reservation.

Traditionally, the Pixel and Pixel XL have been nearly identical — except for the size difference. That may change this time around.

Google is rumored to have bestowed the Pixel 3 XL with an iPhone-like notch to accommodate an updated camera system. The first leaked photos gave us our first look at the larger model, after which an anonymous Reddit user delivered purported images of the smaller Pixel 3, via 9to5Google. And now we have a pic of what leaker Evan Blass says is both handsets, side-by-side.