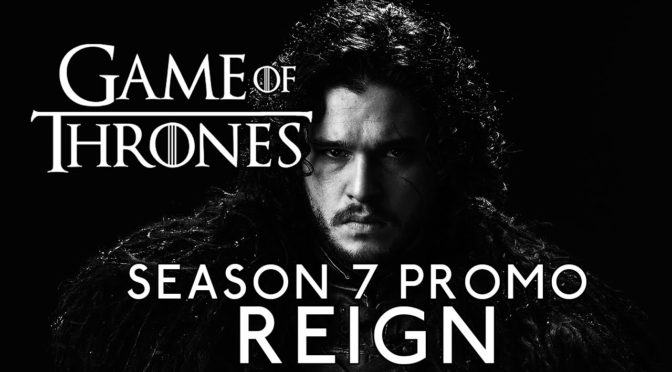 #HBO recently released the promo for #GameofThrone #Season7. Its simply mindlblowing is all we can say.

The most interesting new shot is the above image of Arya Stark. She’s got a new wardrobe, though it’s not surprising considering she arrived back in Westeros at the end of Season 6. Based on her cloak, it seems more likely that she’s heading north instead of south this coming season.

Meanwhile, Sansa is once again in the Winterfell godswood, the same place where Littlefinger suggested she should be Queen in the North in Season 6’s finale. Speaking to Entertainment Weekly, Sophie Turner teased of her Season 7 arc: “She’s seemingly in control for the first time — and it really suits her. She’s kind of having a bit of a power trip. But she’s also becoming more insecure, because there are threats to the power that she holds.”

Speaking of threats to her power, Jon Snow looks like his new digs as King in the North really suit him.

This isn’t the first promo HBO has released for Game of Thrones: Season 7. Back in July, the network also released a video announcing the new season was in production.