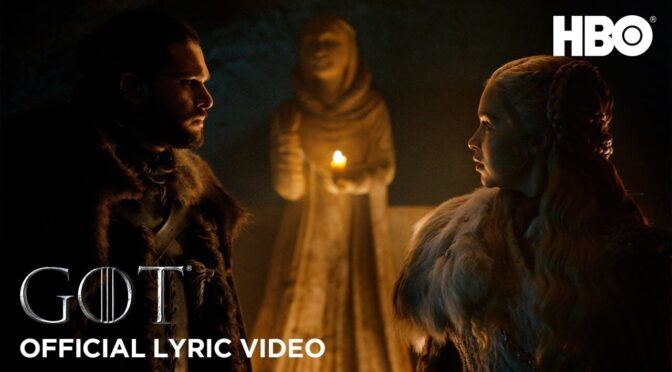 WARNING: Spoilers for Game of Thrones season 8 Episode 3 ahead! A lot of your beloved characters are going to die in the long awaited battle of Winterfell. Podrick’s song meaning from Game of Thrones Season 8 has revealed several hints for what lies ahead in the epic battle. #CatchItFirst #ForTheThrone #GoTS8

Epic Battle of Winterfell is about to begin with the White Walkers. Several fans have predicted about the Jenny Oldstones lyrics and montage which foreshadowed the death of some major characters in the most recent episode.

While Podrick was singing, the episode showcased several characters which has led to speculate these are going to be the first casualties of war.

The Battle of Winterfell is expected to be a bloodbath and this many characters getting the chop would make sense. The other characters though are most likely to be meeting an end sooner rather than later, particularly Greyworm who is going to be on the frontline leading the Unsullied into battle against the White Walkers.

The Battle of Winterfell is going to only be one of a number of conflicts in season eight as the fight between light and dark plays out, it will be 82 minutes long and will be epic.

Some of our beloved characters who are rumored to die in the upcoming battle of Winterfell:

Jaime Lannister: This character, played by Danish actor Nikolaj Coster Waldau, is a knight who fathered several illegitimate children with his sister, Cersei, now the queen (played by Lena Headey).

Theon Greyjoy: Played by Alfie Allen, he was raised by Eddard Stark in Winterfell as a ward, but later betrayed his adoptive family and seized the castle. Now he is set to defend it.

Brienne of Tarth: Played by Gwendoline Christie – who also appeared in the recent “Star Wars” films – she was the first woman knighted in the show’s Seven Kingdoms.

Battle Plan for Crypt as a Safe House?

Are they right in being in the crypts of Winterfell where the dead bodies are buried & the army of dead is approaching. Sounds like dooms day to us, initial teasers did mention Crypts of Winterfell as a hint of the battle ahead. Let’s see if the little girl guarding the crypt is able to fulfil her promise as the Night king approaches.

How to Defeat the Night King

Several theories also suggest that the only way to defeat the Night King is to burn down the weir wood tree where he was created, probably Melisandre will have some role to play in this ending. She has been the surprise element as of now in Season 8, have not seen her in Winterfell yet even though she did mention she had a role to play in the final fight of Ice & Fire. Brendan Stark represents ice, Melissandre represents fire, will they unleash their combined magic on the night king. Night King draws his powers from the Weirwood trees where he was created & the symbol he leaves along everywhere also matches the symbol on the Weirwood tree where he was created.

Bran Stark was told earlier in the season that Night King will be coming for him & he will be prepared this time. Bran’s plan for the Battle of Winterfell, as outlined in season eight is to lure the Night King into a vulnerable position — namely, to hang out away from the main battlefield, near the castle’s weirwood forest, known as the godswood, and wait until the Night King shows up. Rumours are that he has chosen this particular location as it is significant to the Children of the Forest, to the Night King, and to Bran himself.

After that, the theory holds, all of the White Walkers the Night King has created should be destroyed. This speculation derives from the fact that if you kill a White Walker, all of the wights they “sired” die.