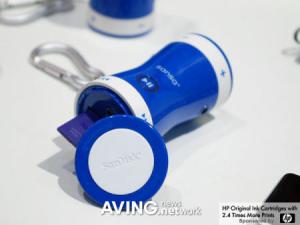 What do you do when your core business is flash-based storage solutions such as SD cards, and you want more people to buy your products? Simple: build nifty gadgets that rely on the flash storage. An MP3 player, perhaps – should do nicely.

But then, what if the market in which you’re selling your gadget becomes saturated? Innovate, of course, and that’s exactly what SanDisk have done with this, their new MP3 player. The innovation comes in the form of its shake-based user interface. No screens or annoying tiny buttons for SanDisk. To select the track you want, just shake the thing!
More details and pics after the jump. 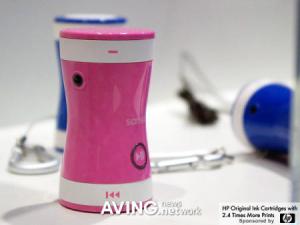 Yes, borrowing a trick from Sony Ericsson, whose latest S500i mobile music phone also performs the same feat, the new SanDisk MP3 player lets you select tracks and trigger songs with a quick shake of the hopefully robust device.
There’s also two headset jacks (for a friend to listen to your tunes as well), an external speaker and, of course, an expansion slot, which is capable of being filled with all manner of SanDisk storage solutions!