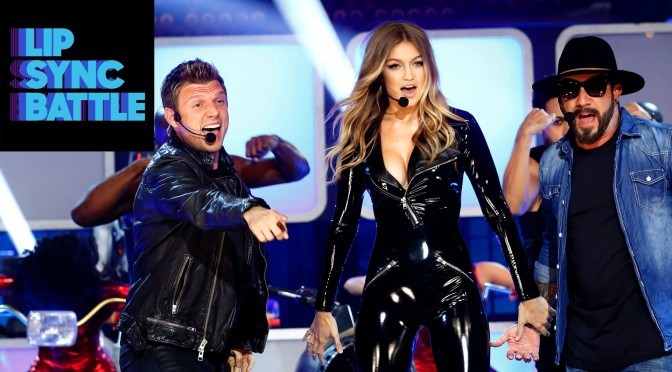 #LipSyncBattle Remember Gigi Hadid from Zayn Malik – Pillowtalk.  2016 seems to be a fantastic year for her, another sizzling performance with the Backstreet Boyz on Lip Sync Battle

Gigi Hadid calls on Nick and A.J. of the Backstreet Boys for back-up with “Larger Than Life“, while Tyler Posey dances to A-ha’s “Take On Me”!

Lip Sync Battle is back for another season of epic performances from the hottest stars on the planet! Each week, A-list celebrities go toe to toe, syncing contemporary hits and classic tracks, all for the ultimate bragging rights: the title of Lip Sync Battle Champion. Hosted by LL Cool J and Chrissy Teigen.