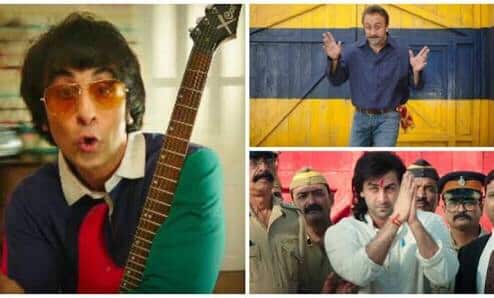 After a long wait, the teaser of Sanjay Dutt biopic – ‘ #Sanju’ has been finally released. Ranbir Kapoor pulls off various looks of Sanjay Dutt brilliantly and aces the actor’s mannerism.

After months of keeping the details about the film under wraps and building up the excitement towards it, the makers have finally launched the official teaser of the film.

The more than one-minute long teaser begins with Ranbir walking out of Yerawada Central Jail and continues with him narrating the different phases of Dutt’s life–his obsession with drugs at the age of 22, his days of leisure in the hotels of New York, him begging on the streets to the days he spent in prison. Out of his several looks, the one where he is seen in the jail is the most compelling one as Ranbir aces Dutt’s mannerisms.