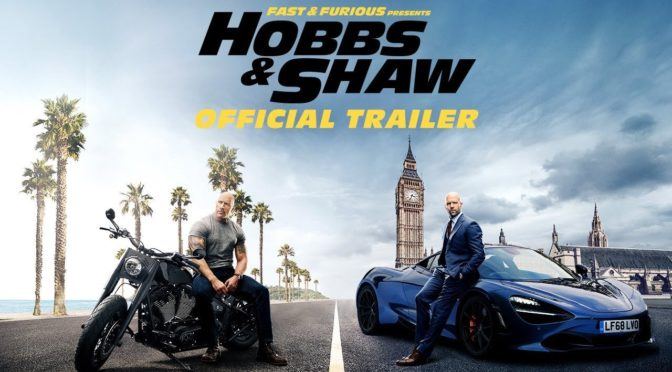 Hobbs and Shaw is the first spinoff from the Fast and Furious series. Although Vin Diesel is missing due to a rumoured conflict with Dwayne Johnson, Jason Statham & The Rock ensure that there is still plenty of ridiculous, muscly action. CatchItFirst!

Dwayne John teased his fans with the first trailer on Twitter, surprising many fans who were expecting the trailer to drop in at the Super Bowl, which airs on February 3rd. A short TV spot for Hobbs and Shaw is still expected to run during the big game.