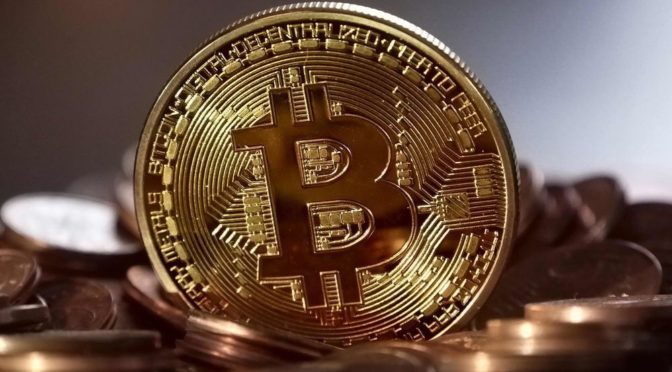 Puzzled with what #Bitcoin actually is & whether its worth investing? Bitcoin has skyrocketed in value over the past couple of months but remains extremely volatile & risky.

Bitcoin was invented in 2009 by a person (or group) who called himself Satoshi Nakamoto. His stated goal was to create “a new electronic cash system” that was “completely decentralized with no server or central authority.” After cultivating the concept and technology, in 2011, Nakamoto turned over the source code and domains to others in the Bitcoin community, and subsequently vanished.

Simply put, Bitcoin is a digital currency. No bills to print or coins to mint. It’s decentralized — there’s no government, institution (like a bank) or other authority that controls it. Owners are anonymous; instead of using names, tax IDs, or social security numbers, Bitcoin connects buyers and sellers through encryption keys. And it isn’t issued from the top down like traditional currency; rather, Bitcoin is “mined” by powerful computers connected to the internet.

How does one ‘mine’ Bitcoin?

A person (or group, or company) mines Bitcoin by doing a combination of advanced math and record-keeping. Here’s how it works. When someone sends a Bitcoin to someone else, the network records that transaction, and all of the others made over a certain period of time, in a “block.” Computers running special software — the “miners” — inscribe these transactions in a gigantic digital ledger. These blocks are known, collectively, as the “blockchain” — an eternal, openly accessible record of all the transactions that have ever been made.

What determines the value of a Bitcoin?

Ultimately, the value of a Bitcoin is determined by what people will pay for it. In this way, there’s a similarity to how stocks are priced.

The protocol established by Satoshi Nakamoto dictates that only 21 million bitcoins can ever be mined — about 12 million have been mined so far — so there is a limited supply, like with gold and other precious metals, but no real intrinsic value. (There are numerous mathematical and economic theories about why Nakamoto chose the number 21 million.) This makes Bitcoin different from stocks, which usually have some relationship to a company’s actual or potential earnings.

How do I buy Bitcoin?

If you’re willing to assume the risk associated with owning Bitcoin, there is an increasing number of digital currency exchanges like Coinmama, CEX, Kraken and Coinbase — the largest and most established of them — where you can buy, sell and store Bitcoins.

Getting started is about as complicated as setting up a Paypal account. With Coinbase, for example, you can use your bank (or Paypal account) to make a deposit into a virtual wallet, of which there are many to choose from. Once your account is funded, which usually takes a few days, you can then exchange traditional currency for Bitcoin.

What can I do with Bitcoin?

You can use Bitcoin to buy things from more than 100,000 merchants, though still few major ones. You can sell it. Or you can just hang on to it. Note that there are no inherent transaction fees with Bitcoin, although exchanges like Coinbase typically charge a fee when you buy or sell.

What are the risks?

Legal and regulatory hazards aside, as both an investment and currency, Bitcoin is very risky. When you wake up in the morning, you know pretty precisely how much a dollar can buy. The financial value of a Bitcoin, however, is highly volatile and may swing widely from day to day and even hour to hour.

Bitcoin transactions cannot be traced back individuals — they are secured but also obscured through the use of public and private encryption keys. This anonymity can be appealing, especially with companies and marketers increasingly tracking our every purchase, but it also comes with drawbacks. You can never be certain who is selling you Bitcoin or buying them from you. Opportunities for money laundering abound; last year, authorities in the Netherlands arrested 10 men for just this.

Theft is also a risk. The Bitcoin subreddit is rife with individuals’ stories and even established exchanges are targets. Mt. Gox, based in Japan, “lost” 750,000 of its customers’ Bitcoins in 2014 and hackers took $60 million from NiceHash earlier this month. There are few avenues for pursuing refunds, challenging a transaction or recovering such losses. Once a transaction hits the blockchain, it’s final.