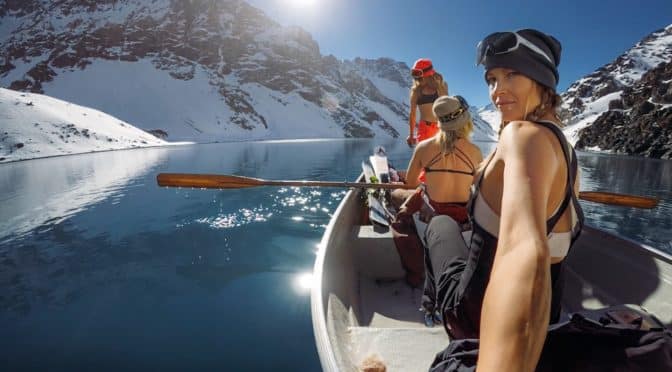 Capture all your memories in 4K #GoPro #Hero6 #ShotOnGoPro

When you head out on your first snowboarding trip this winter, you’ll be able to strap a brand new GoPro camera to your helmet before you bomb the chutes.

The action camera leader announced a reboot of its flagship Hero camera at a media event today. The new Hero 6 Black, which costs $500 and is now available worldwide, has an improved image stabilization system that eliminates camera shake and vibrations, whether from the bumpy road you’re ripping down on your dirt bike or just from your adrenaline-charged hands. The stabilization is a digital effect—the camera analyzes your footage frame by frame, then crops in slightly to keep the image centered, mitigating shaking in the process.

Like the older Black series shooters, the new Hero is a 4K camera. It shoots 4K footage at 60 frames per second, and you can go into a slow-motion mode that shoots at 2.7K at 120 fps. It also shoots in super-slow-mo 240 fps at 1080 resolution. The new camera has an improved dynamic range, so it shoots better in mixed sunlight conditions and in low light. The touchscreen on the back gets a touch-to-zoom feature. There’s also a better Wi-Fi radio inside that triples the transfer speeds of the last generation Hero, so you can get your footage into the GoPro app on your phone—and out into the world—more quickly.

All of the Hero 6 Black’s imaging tricks, from the stabilization to slow-motion effects, are powered by GoPro’s new custom processor, the GP1. This is GoPro’s first custom chip, and it’s an important move for the manufacturer as it seeks to differentiate from a growing ocean of imitators. By building a camera around its own chip, GoPro can add features that are harder for competitors to copy with off-the-shelf silicon.

All-Seeing Eyes
One reason you’d want a new Hero camera: so you can attach it to your Karma drone. GoPro’s drone has gotten a few software updates, including a follow-me feature and a camera trick that points the lens skyward for a “looking up” shot. Karma drones will now come bundled with the new Hero 6 Black for $1,199, or unbundled with just the drone and the detachable grip that works with most other GoPro cameras for $799.