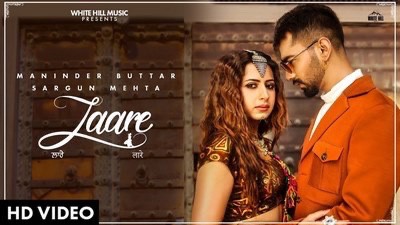 Main Sab Kujh Chad Dita Tere Karke, Tere Utton Sab Kujh Vaari Baithi Aan,
I have let forgo of everything else for you.

Tenu Pata Taa Hai Par Fiqar Nahi,
Tere Layi Main Yaara Ve Kawari Baithi Aan,
You know well, but you’re not worried at all that I am only a bachelor because I want to marry you.

Yaari Tere Ve Yaari, Jisma Tak Hai Saari Di Saari Yaari (x2),
You’re love is only physical.
Ve Dhakka Hona Mere Naal,
I know that I will get cheated by you in the end.

Tere Pichhe Chhadte Main Ghar De Mere,
I have put my family aside for you.
Tere Piche Hasna Hasauna Chadta,
I have stopped laughing because of you.
Kyun Raule Pauna Mere Naal,
Why do you argue with me?

Mainu Pata Bas Laare Aa, Ve Tu Viah Ni Karauna Mere Naal (x2),
I know that you are just dragging it. You have no intention of getting married to me.

Jaani Naal Laiyan Te Pata Laggeya,
As I fell in love with Jaani (the songwriter),
Kade Kisi Shaayar Nu Pyar Naal Kariyo,
I came to know that one should never fall in love with a poet.
Ho Mera Hoya Bura Haal,
I am in really a bad situation now.