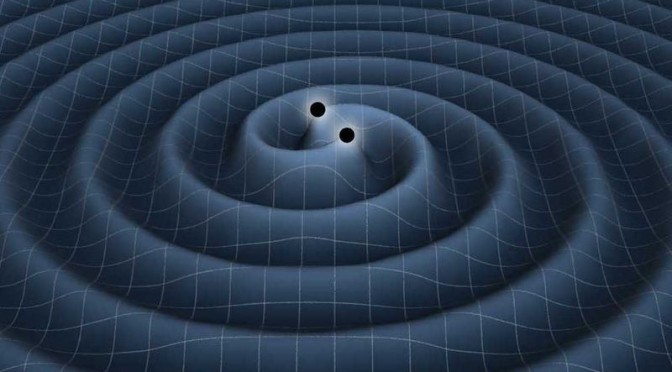 The theory also altered our understanding of gravity. According to Newtonian physics, all objects in the Universe are innately attracted to one another. Einstein instead proposed that objects actually warp the space-time around them, creating gravitational “pull.” Imagine a bowling ball on top of a stretched blanket. The ball bends the blanket, creating an impression in the fabric. Planets and stars are the bowling ball; space-time is the blanket. Now, imagine rolling a marble across that blanket with the bowling ball on it. The marble is going to follow the curve of the blanket down toward the ball. Smaller objects like asteroids act like the marble when near a bigger mass: they following the curvature of space-time the larger object creates.

But the more mass an object has, the bigger the wave it produces. Super-dense objects like black holes or neutron stars moving at rapid speeds can produce big enough gravitational waves that can be measured here on Earth. So that’s what LIGO’s scientists targeted.

One thought on “Gravitational Waves Explained”