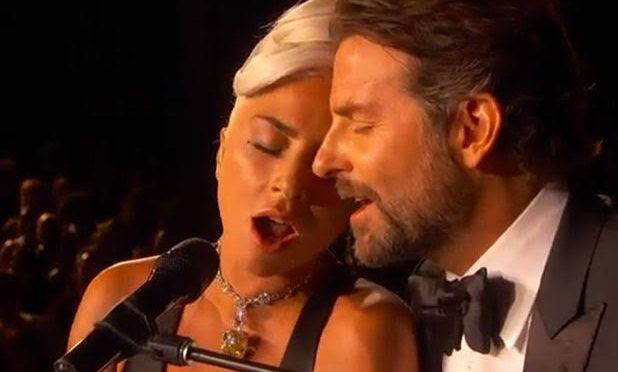 Shallow Lyrics Meaning: It’s the new phase of love, no longer in the “shallow”, a superficial relationship that could disappear. They’re “Far from the shallow now”, committing to each other in a profound way.

More English Hits:
We Were Love Drunk Waiting On A Miracle – Afterglow | Ed Sheeran
Ed Sheeran – Give Me Love Guitar Chords
Used To Be Giants – Dermot Kennedy
When I’m With My Baby Yeah – I Don’t Care | Ed Sheeran
Darling Just Hold My Hand – Perfect | Ed Sheeran
Justin Bieber – Hold On | Take My Hand and Hold On
And I Know We Weren’t Perfect – Drivers License | Olivia Rodrigo
Life Was A Willow and It Bent Right To Your Wind  – Taylor Swift
I Wonder What It’s Like – Shawn Mendes

It was literally written for the movie, specifically for the characters of Jack and Ally. It is a duet that they sing to each other.

As used in the movie, it has a wonderful double meaning. The song is supposedly written by Ally, but as the character is introduced to us, there is no one in her life that would merit such a love song. And that’s ok, although there is a real life story behind some songs (Layla as performed by Derek and the Dominoes comes very quickly to mind), most of them are just fiction written to sell records. We presume this is how Ally came to write the song.

But as Jack falls in love with the song, he also falls in love with Ally. They begin a relationship, but it’s tentative. Ally isn’t sure if she really wants to commit to this megastar who has just stumbled into her life…everything has the feeling of a dream that she is going to wake up from at some point.

So, Jack flies her out to one of his concerts, and backstage, informs her that he’s going to perform the song, with or without her, but she really ought to come up and sing her parts. He has put her on the spot, both personally and professionally. This is HER song, the best one she has ever written, it’s a love song, and the person she’ll be performing with is someone she thinks she might be in love with, but she’s not quite sure. She is also on the spot professionally. She dreams of having a professional singing career, but this is the first time she’s ever performed her original material, and it’s in front of an audience of THOUSANDS. No pressure, right?

So, what is the song about? It’s about the change in a relationship between two lovers: They are no longer in the “shallow” end of the pool, in a superficial relationship that could disappear the next day. They have “dived into the deep end”, committing to each other in a profound way. They’re “Far from the shallow now”.

Which is exactly what happens on stage. Ally literally becomes a star, “a star is born”, on that stage when she belts out a roar between verses. At the end of the performance (her face as she turns to leave the stage isn’t shown until much later in the movie), she’s beaming. Her dream has come true. She’s starstruck…with herself, with Jack, with the whole experience of performing in front of an audience that large. And Jack, possibly for the first time in his professional career, has put somebody else ahead of his own selfish interests. He realizes how much he has come to love this songbird in just a few days, and enjoys her stardom as much as he does his own.

Everything…about their careers, about their relationship, has changed. They are now literally the lovers in Ally’s song. Nothing will ever be the same for them…they’re “far from the shallow now.”

[Bradley Cooper:]
Tell me somethin’ girl
Are you happy in this modern world?
Or do you need more?
Is there somethin’ else you’re searchin’ for?

[Lady Gaga:]
Tell me something boy
Aren’t you tired tryin’ to fill that void?
Or do you need more?
Ain’t it hard keeping it so hardcore?

One thought on “Shallow – Lady Gaga | Tell Me Something Girl”