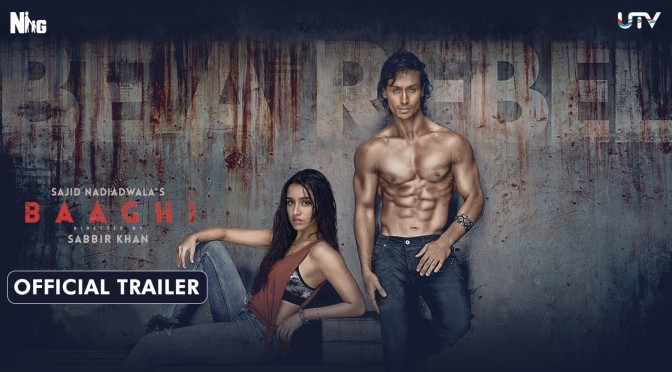 Almost three decades after Salman Khan’s Baaghi (1990) hit the screens, Tiger Shroff and Shraddha Kapoor are ready with another film by the same name. This time, however, it comes with a tagline: Baaghi – A rebel for love. Directed by Sabbir Khan of Heropanti fame, 2016’s Baaghi boasts of high-octane action scenes and daredevil stunts.

The trailer presents Tiger and Shraddha as Ronny and Sia: two youngsters ‘rebellious by nature’, who don’t like to be ordered around, and who’re ready to take any risk to lead the life of their choice. Ronny’s father sends him away from Delhi to Kerala as he believes that living in a distant place from home will drill some discipline in Ronny’s otherwise volatile temperament. There he meets Sia, Trouble is, Raghav, a gangster, is also fond of her. This leads to a predictable situation where Ronny has to demolish Raghav’s (Paras Arora) crime empire.